MNEA believes in the plain language of the Missouri Constitution. 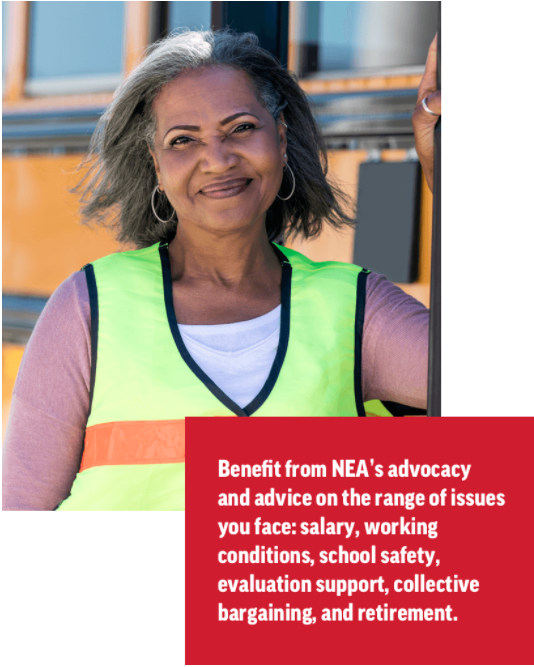 Missouri NEA fought to reclaim the right to organize and bargain collectively. On May 29, 2007, the Missouri Supreme Court confirmed in its ruling of Independence NEA vs. Independence School District that public employees, including teachers and education support professionals, have a constitutional right to bargain collectively with their employers. The MNEA Representative Assembly, the governing body voted to uphold MNEA's official position on collective bargaining.

After the Supreme Court ruling, education employees in school districts across the state organized to become the exclusive bargaining representative. Then, the local associations began working to develop collective bargaining processes in their districts and negotiate collectively bargained agreements.

On Tuesday, May 29, 2007, the Missouri Supreme Court announced that it had upheld the section of the state constitution that gives public employees—like teachers, firefighters, and first responders—collective bargaining rights with their employers.

Missouri NEA believes that every child in the state has the basic right to attend a great public school. The Court’s decision allows educators to have a direct impact on how that is accomplished.

This historic ruling supports Article 1, Section 29, which provides “That employees shall have the right to organize and bargain collectively through representatives of their own choosing.” The ruling reverses a 1947 decision, Springfield vs. Clouse, whereby the Court ruled that the law excluded public employees, including teachers.

This ruling was in response to a lawsuit filed by multiple MNEA member employee groups in 2003. For more than 20 years, teachers, custodians, bus drivers and other education support professionals in Independence met and conferred with the board of education on teaching, learning, and working condition issues. During these years, the board and the employee groups jointly signed memorandums of understanding and agreed on board policy.

In April of 2002, the local board of education unilaterally discarded all signed agreements, including the representation process of the MNEA member groups. In filing the lawsuit, MNEA asserted that the Missouri constitution does not distinguish between public and private employees and that if an employer enters an agreement with an employee, the agreement should be binding.

In 2006, when the trial court decided in favor of the school district based on Springfield vs. Clouse and Sumpter vs. City of Moberly, the Independence MNEA groups took their case to the Missouri Supreme Court.

The Supreme Court ruling cleared the way for public employees to exercise their constitutional right to have a legitimate voice at the decision-making table. In both the neighboring states of Iowa and Kansas and 32 others, collective bargaining correlates with increased student achievement and a more stable workforce.

MNEA believes that teachers, working together with local school boards and administrators, are the best qualified for setting educational priorities and solving difficult educational problems.

We also believe that if public employees are allowed to work together with their employers for better working conditions, they will be happier and more productive. This ultimately leads to better schools, better police departments, and better fire departments, all of which will improve our communities.

The following amicus briefs were filed in the Independence employee relations lawsuit on Feb. 21, 2007. Click on the links to view and read the briefs.

Who was against the lawsuit?

The following opposing briefs were filed in the Independence employee relations lawsuit on Feb. 21, 2007. Click on the links to view and read the briefs.

The guarantee provided by Article I, Section 29, that employees have “the right to bargain collectively” is clear and means what it says. Agreements that the school district made with employee groups are to be afforded the same legal respect as contracts made between the district and individuals, although public employees, unlike their private-sector counterparts, are not permitted to strike. As long as the duration and terms of such agreements comply with the limits provided by law for school districts to bind themselves, and are consistent with other statutes such as the teacher tenure act, the agreements are enforceable as any other contractual obligations undertaken by the district.

The judgment of the circuit court is reversed.

Binding agreements
Binding agreements are mandated by the court ruling. No employer or bargaining representative is obligated to agree with the other party, but when items are agreed to, put down in writing, signed, and ratified by both parties, the resulting agreement is binding. Language providing that the school board may “accept, reject or modify” doesn’t really produce a binding agreement, since an agreement must be the same exact language ratified by both parties. If the school board, for instance, modifies the language and adopts it as an order or policy, this is not an agreement, but merely the property of the school board. This is analogous to how the Senate and House must pass a bill in the same exact form for it to be considered finally passed. The law merely needs to clarify that any items agreed to, signed, and properly ratified by both parties shall be binding on both parties for the duration of the agreement and may only be changed prior to that by mutual consent.

Bargaining in good faith and procedure for impasse
The purpose of bargaining is to reach an agreement. To get the full benefit of local control that bargaining offers, the law will need to specify that the parties attempt to negotiate procedures for resolving impasse. The law will need to specify a default process for resolving impasse using mediation and, if necessary, third-party arbitration. Public employers and employees may use the free mediation services provided by the Federal Mediation Services (FMS). Because strikes are illegal, a process for resolving impasse is critical. With such a process, employees will have to agree to changes in salaries and working conditions before they can become effective. This will allow the state legislature to loosen its grip on the details of many school employee issues, such as salaries, tenure, and so on. However, this can only happen when employees have full bargaining rights, including procedures for resolving impasse.

Why is this different from what our district is currently doing?
This decision makes the agreements reached with districts legally binding.

What affect does the Supreme Court’s decision have on the current law?
This decision restores to public employees the right given to them by the Missouri Constitution – the right to bargain collectively through representatives of their own choosing. Under current law, certain public employees were excluded from exercising that right. In addition, the decision makes clear that agreements made with school employees are honored as is outlined in current contract law.

We will be able to bargain right away?
Yes.

What types of issues can be bargained?
Generally bargaining can include anything the parties agree to discuss to improve learning and working conditions, unless somehow limited by state statute. In many school districts in states where bargaining occurs, issues such as salary, benefits, class size, textbooks, teaching assignments, discipline policies, time for professional development, and adequate equipment and supplies have been bargained.

Does exclusive representation shut some employees out of the process?
There’s nothing in this decision that would change Missouri NEA’s dedication to public school employees. It would only change the process by which employees can fairly negotiate with their employers. The exclusive representative (the organization elected to bargain the contract) has a duty to represent the employees in the bargaining unit in matters related to the contract and collective bargaining. All employees in the bargaining unit have a voice in selecting the organization that will represent all employees, just as citizens have a voice in the selection of legislators and members of school boards.

Will collective bargaining raise our taxes?
Any decisions about taxes will be made in the way they have always been made -- by local communities coming together and deciding what's best for their schools. We don't want to change that. That's not what this Supreme Court decision is about. This is about the fairness of public employees, like teachers, having the same rights as everybody else.

Will teachers now be able to strike?
Missouri has one of the toughest anti strike laws for public employees in the country. Missouri NEA does not want to change that. MNEA wants to establish a process where public employees can negotiate fairly with their employers, and when needed, disputes would be decided by a neutral third party, not by strikes.

Helping you to organize to bargain with your employer is one of our highest goals. Collective bargaining gives public education employees a voice in their salaries, benefits, and working conditions. If you are looking for the best way to exercise influence over your career, contact your MNEA UniServ Director.

You must be a member to view the information on this page. If you haven't logged in already, please log in below. If you need your NEA ID, please contact the MNEA Regional Office in your area or find it on your last issue of In the Loop or Something Better.