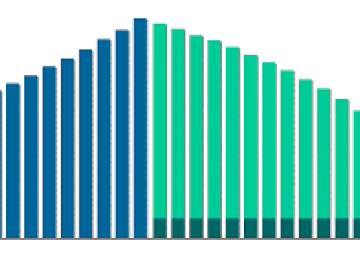 The Board met on August 28 to hear general information from PriceWaterhouseCooper (PwC) on the role of an actuary.

The Board meeting resumed at 8:00 a.m. on August 29.  The meeting was held at the new Board meeting room at the PSRS HQ in Jefferson City.  This begins the second year of the Board the new space created during the expansion and renovation of the building.  The Board approved the minutes from the June 5-6, 2022, Board meeting and August 28, 2022, informational meeting, and established the order of business.  The Board recognized newly elected Board member Allie Gassman, an MNEA ESP member from Columbia, and recognized Dr. Mindy Moss for her service as a PSRS/PEERS Board member. Jason Steliga, Beth Knes and Kyle Collins were selected to serve on the Budget and Audit Committee.

Investment Performance Report - Craig Husting and Michael Hall from PSRS staff reviewed the Systems’ FY 22 investment performance. FY 22 was an historically bad year for traditional asset classes.  The Systems’ FY22 investment return, net of all fees and expenses, for PSRS and PEERS was -3.1%, following the extraordinarily high return of 28.5% in FY 21.  Despite experiencing a loss, returns for the Systems last year exceeded the policy benchmark by 7.09% and exceed a passive 60/40 benchmark by 10.48%.

Over the last five years, the Systems’ earnings have performed in the top 20% relative to other public plans, exceeded the policy benchmark by $5.97 billion, and exceeded a passive 60/40 benchmark by $8.53 billion.

The Private Markets’ portfolios have produced higher returns relative to public markets and stronger risk-adjusted returns since the inception of the program.  The Private Markets assets increased by $2.8 billion or 18% during the last fiscal year.

NISA Inflation Outlook – Stephen Douglass from NISA Investment Advisers gave a report on the inflation outlook.  Market participants continue to forecast decline in inflation over the next year, though those participants have been forecasting a decline in inflation consistently over the last 18 months during which inflation has actually increased.  Market observers also believe that inflation would decline without intervention by the Federal Reserve.  FY22 was the highest energy CPI year in its history dating back to 1957.  Increased motor fuel prices peaked in June 2022.  Fuel prices have declined from that peak in recent months.

The Fed has tightened markets rapidly.  The federal funds rate is a blunt tool for affecting the economy and will have significant consequences going forward.  This tightening will reduce growth in the next several quarters.

Consumer demand has shifted away from goods and back towards services.  Retailers have excess inventories and are marking down prices.  The spike in mortgage rates has caused a steep drop in demand for housing.  The impact of higher mortgage rates is a key place where monetary policy can impact the economy.  However, home prices are not part of CPI, while rental prices are, so this change may not show a big effect on the inflation rate. NISA believes the rate of housing inflation will decline but stay positive.

The peak of the labor shortage has also passed, but the supply imbalance grew so large that it will take time to balance.  Wage growth may remain elevated and serve to increase inflation.  The Fed is seeking to reduce labor demand by reducing job openings, hopefully without causing unemployment.  This would be considered a “soft landing” for the economy, but the Fed’s record on this is poor and many market observers expect a hard landing and a recession.

The Systems are closely watching the long-term future of CPI growth since COLA adjustments impact the financial status of the Systems.

Appointment of NCTR delegates - The National Council on Teacher Retirement conference will be held on October 11-4 and this year the meeting will be held virtually.  Dearld Snider, Jason Steliga and Kyle Collins were selected to serve as delegates at the conference and Jennifer Martin will attend and serve as an alternate.

Member Services Update – Member Services staff shared updated information about membership, retirements, member inquiries, service purchases, working after retirement, website services, member education meetings and other member services issues.  Included in the report were staff answers to questions about what motivates them, the most motivating parts of the work, the biggest challenges in their work, how they make a difference for members and also memorable stories and situations.

PSRS active membership has remained flat, while the number of retirees has increased.  PEERS also has increased turnover.  Actual retirement from PSRS for 2021-22 was 2,731, and the number for this year is expected to increase by about 1% to over 2900.

Member Services Benchmarking – The system hired CEM Benchmarking to review PSRS/PEERS member services and compare them both to the entire plan universe of CEM clients and to comparable public pension plans.  Franco Wang from CEM reported that PSRS/PEERS has the second highest rated services in our public plan peer group and the fourth highest rating in their entire client pool.  The Systems have been focused on improvements in customer experience surveying, one-on-one counseling and the website.  Meanwhile, PSRS/PEERS member service costs are about median for the peer group and below the median for the entire client pool.  Thus, the system has outside confirmation that it provides a broad range of outstanding member services efficiently.

CEM notes that COVID-19 has adversely affected service in some systems, while PSRS has shown its resiliency by maintaining high service throughout the period.  Web counseling, web presentations and online transactions will continue to increase.  Pension systems will also need more information technology to meet member expectations to do more interactions online and will have to invest more to manage the corresponding increase in cyber-risk.  PSRS has increased its use of member experience surveys, and this remains one of the best opportunities for service improvement.  European pension plans have been global leaders in supporting this kind of “Voice of the Member” focus.  Leaders in this effort are seeing that this results in both increased service and decreased cost compared to other plans.  Potential service improvements for the Systems include simplifying disclaimer requirements and reducing undesired outcomes on incoming calls and call waiting time.

GFOA Award Presentation – The Systems once again received the GFOA Certificate of Achievement award again for the annual comprehensive financial report (ACFR).  The Systems have achieved this recognition every year since 1994.

The public meeting adjourned, and the Board went into closed session.